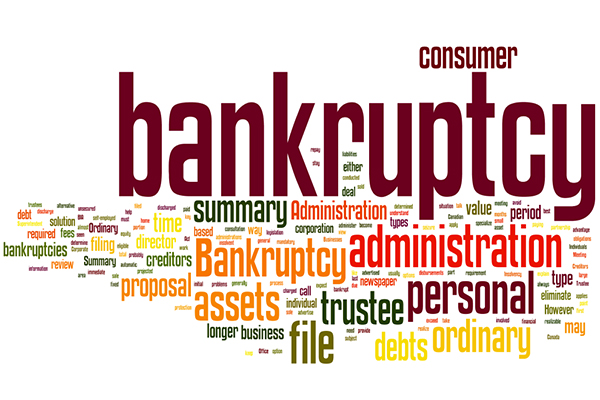 Bankruptcy: Money and finances is the oil in the wheel of business progress. This has necessitated the issuance of credit facilities inform of loans by financial institutions to business organizations to help them in the smooth running of their business.

Bankruptcy according to Black’s law dictionary is the quality, state or condition of not having enough money to pay back what one owes. It is also the inability of an individual or organization to pay its creditors.

Insolvency however refers to the legal process by which a company is relieved of the rights to their properties and businesses on the grounds that they are unable to pay their debts.

Bankruptcy is made to protect creditors from losing their money, while also punishing erring creditors.

The concepts of Bankruptcy and insolvency are two different words that are always used interchangeably even though it is not supposed to be so. Although they are both tools of debt recovery.

Insolvency is the condition of not being able to pay debts when they are due especially as it concerns a business entity.

This is because the legal framework involved in corporate insolvency is not direct and straight forward. The creditor in a separate proceeding will establish the obligations of a debtor, and will also obtain a judgment against the debtor and the judgment notice would then be served against the debtor.

When the debtor fails to respond, then it can be said that the debtor has committed an act of bankruptcy. The entire process is long and tiring and this makes it less significant in the debt recovery process.

1) To find out the reasons for bankruptcy and Insolvency

2) To ensure a balanced distribution of the properties of the bankrupt among the creditors.

3) To free the bankrupt from his debts.

The importance of bankruptcy laws is unbreakable by the single fact that both directors and shareholders of a company may be faced with bankruptcy proceedings where they are found to be personally legally responsible for the debt of the business.

It is good to state that Nigeria does not have a comprehensive policy or law on bankruptcy.

1) The most prominent advantage of bankruptcy is that it gives you a fresh start financially.

2) You may not lose all your properties and money paying debt.

1) Bankruptcy will affect your chances of obtaining some certain loans for some time.

2) Bankruptcy can remain on your record for a number of years and can affect your future finances.

Management of company funds should not be left in the hands of inexperienced people as their function is paramount to the success of the business.

3) Economic meltdown: Instability in the economy can result in bankruptcy. This is because most companies operate on loans which they hope to pay back as they make profits in the business.

A sudden downturn in the economy will throw them off balance. The value of the borrowed money will change dramatically so that the companies cannot make the expected profit. This will result in the inability to pay their debts.

Such companies will now have to declare bankrupt and use their company assets to pay for the loans.

4) Natural Disasters: A natural disaster can lead a company to bankruptcy. For instance, if a company’s warehouse is gutted by fire, they will suffer severe losses in their finances. Again, such accidents as ships capsizing in the high seas with a company’s machineries will affect the company’s overall performance.

5) Theft or Embezzlement: Embezzlement of funds by the administrators can also lead to bankruptcy. In the modern times, internet fraud and yahoo has caused untold financial problems for most companies.

Hackers are always trying to get access into company’s accounts to steal data and other useful information. A company can lose all their money to online scammers and this will result to bankruptcy.

6) Unfavorable Government Policy: Most companies find themselves in severe financial woes and operational difficulties when government makes laws and policies that are detrimental to their survival.

Government’s policies on forex have forced a lot of companies to wind up especially companies involved in international traffic. The high cost of importing goods into the country occasioned by the policies made by government. Tobacco companies are also affected by government policies.

Types Of Bankruptcy In Nigeria, For Instance

1) Liquidation Bankruptcy: This is the common type of bankruptcy proceedings in Nigeria. It entails the trustee selling off the non-exempt assets owned by the debtor to repay the debts.

This involves filing for bankruptcy, but in this type, the debtor maintains or retains ownership of all his assets. He merely tries to reorganize his debts and work out a plan to pay for his debts.

This is similar to the chapter 11, but with little changes. These bankruptcy proceedings can only be filed by an individual. The debtor also retains all his assets and businesses while making a payment plan to pay off debtors.

Bankruptcy is a complicated procedure in Nigeria. The type of debt owed isn’t forgotten; either it is measured when filing for bankruptcy. There are secured debts, discharge debt and non discharge debt.

Secured debt means that the creditors have the legal right to obtain properties and businesses of the debtor in the event that the debtor fails to pay.

According to the bankruptcy act, there are 9 parts in filing for bankruptcy

Part I: This is where the debtor files for bankruptcy. A committee is then set up to handle the entire process. The assets of the debtor are also examined.

Part II: In this part, both the creditor and debtor shows proof of amount owed and the total amount is determined and the assets of the debtor that will be used to repay the debt will also be considered.

Part III and IV involve the examination of both the official receiver and the trustee.

Part V: This part takes consideration the power of the court and the procedure to follow in the proceedings as stated by the constitution.

Part VI has to do with the disobedience by either the debtor or the creditor to Order of Court.

Part VII refers to the disqualification of bankruptcy and offences related to it.

Part IX deals with the interpretation of the act.

Bankruptcy does not mean that all the debts are eliminated; however, it helps to restructure all existing debts. Bankruptcy is a public record and will last on you for up to 10 years.

This will affect your chances of getting loans and will be on your credit report but not forever. Anybody considering bankruptcy must fully understand the legal implications and the processes involved.

While it is sometimes the best way to get out of economic and financial quagmire, it is however not the only means of getting respite. There are other means of getting debt relief apart from the rigors of bankruptcy burden.

1) Negotiating with your creditors: You can negotiate with your creditors outside the court. This will lead to a mutually beneficial arrangement where the two parties reach a consensus. You might get the opportunity to spread your debts over a period of time.

Again with proper financial counseling, you might consider Forbearance. This is a process which will allow you to defer your payments for a specified time or a payment plan which can allow you to stretch your monthly payments over a longer period.

You might also consider loan modification. This allows you change the terms of your loan on a permanent basis making it easier to pay.

When Bankruptcy Is The Last Option

Bankruptcy laws are made to aid people who have incurred a large amount of debt for themselves and cannot afford to pay back. People also file for bankruptcy to protect their money and businesses from hostile takeover by their creditors.

When one files for bankruptcy, the creditors are notified so that they stop further calls, texts, emails etc to the debtor pending when the courts reaches a final verdict.

A bankrupt individual is not a criminal per say, but the person cannot:

1) Cannot vote or be voted for.

2) Appointed a trustee for a company

3) Join in the formation of a partnership business

4) Be a director of a company

Bankruptcy And The AMCON

The Asset Management Corporation of Nigeria (AMCON) was founded in 2010 to manage the non performing loans of commercial banks in Nigeria. This government parastatal has been involved in recovering debts and loans in the banking sector.

They are part of the reasons why banks are no longer collapsing and going bankrupt under the weight of their debts. They have helped to ensure that banks in Nigeria are not submerged by their debts. AMCON has helped some banks to recover non performing loans from their customers.

They are assisting banks with the management of their assets and ensuring that the banks remain viable.

Bankruptcy is good, but it also has negative consequences like we mentioned earlier. Be careful because it has a social stigma attached to it. 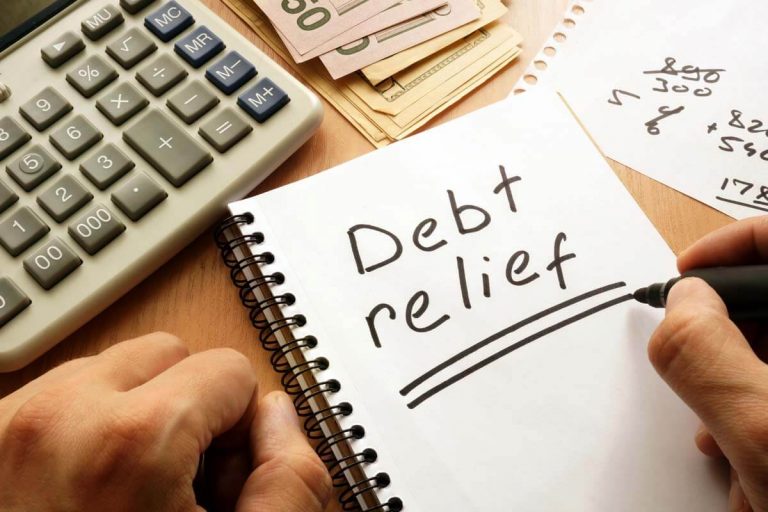 Please Help Share This Post Debt relief or debt cancelation is a situation where a debtor is forgiven partially or fully on his/her debt. Debt relief applies to individuals, business entities and even governments.  Debt… 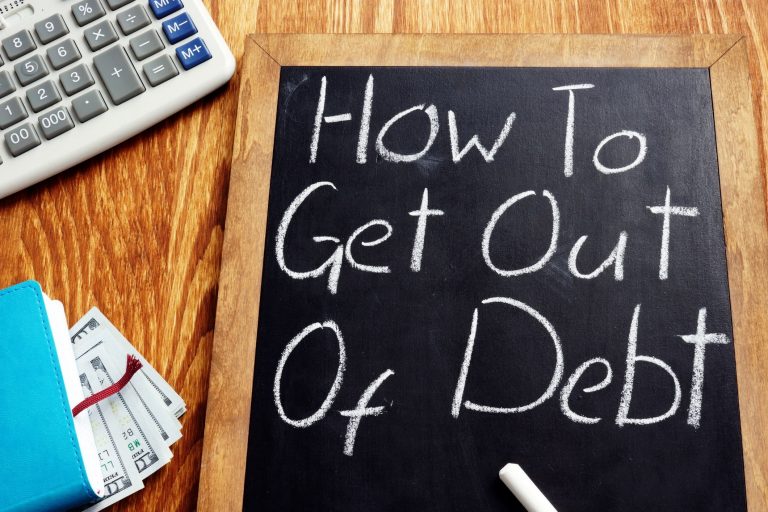 Please Help Share This Post What Student Should Do To Stay Away From DebtsAs a student, it’s easy to get caught up in the excitement of being independent and the many benefits that come with…

Please Help Share This Post Debt management is a carefully designed plan which is geared towards keeping one’s debt under control. It is a deliberate effort made to ensure that one’s debts are kept at… 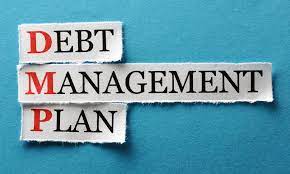 Please Help Share This Post Debt repayment plan is a careful, deliberate set of steps and arrangements you have put in place to pay off your outstanding debts. Borrowing money is not a bad thing,… 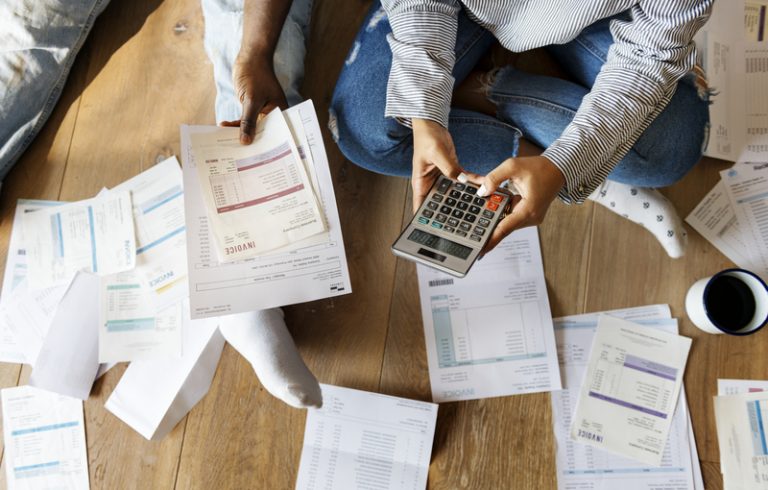 Please Help Share This Post 10 Tips For Managing Debt While Living On A Low Income:Living on a low income is not an easy thing to do. Even if you don’t earn a lot, you… 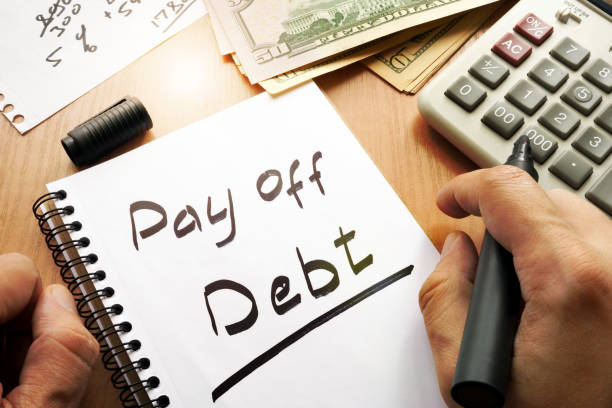 Please Help Share This Post How To Save While Paying Off DebtsIf you find yourself drowning in debt and can’t afford your monthly payments, you may think that you are trapped. However, there are actually…